From whom and to whom was the revelation given?

It is a revelation of Jesus Christ, the Son of God, who died for the sins of man at the Cross of Calvary. It is a revelation given to the apostle John during his captivity on the island of Patmos, about 2,000 years ago. It is a revelation to John so that mankind knows what will happen in the end of times, that is the Great Tribulation. Chapters two and three are addressed to the church, to which Jesus gives serious warnings. From chapter four we no longer see the church on earth. The church of Christ is taken up into Heaven, chapter 4. From chapters 5 to 20, follows what will happen on earth. These are serious warnings to humans. It is man's FREE CHOICE to accept Jesus Christ as Savior and Lord and take these warnings to heart. Or to choose (in disbelief and) in rejection to pass through the Great Tribulation.

Who was the apostle John?

John was the fourth apostle called by Jesus, brother of James (Matthew 4:21), sons of Zebedee. Matthew 20:20-28 Zebedee's mother asks Jesus that her sons may sit on the right and left hands of Jesus. Matthew 17:1-13 Jesus took Peter, James, and John to a high mountain, where Jesus was transfigured and Moses and Elijah (the two witnesses Revelation 11:1-14). On the mountain, Jesus showed something of His divine nature, by transfiguring His shape. John 19:26 John is commanded to take care of his mother Mary. He was the apostle whom loved Jesus.
John wrote the fourth gospel and 3 letters. The Gospel of John begins with "In the beginning was the Word, and the Word was with God, and the Word was God". Rev. 1:2 He bore witness to the word of God and to the testimony of Jesus Christ, even to ALL THAT HE SAW. John wrote down everything he saw with his own eyes. He is told what is happen in the future, the soon-to-come days of the Great Tribulation.

Why should the Christian publish and study the book of Revelation?

It is the command of Jesus Christ to man, and especially to the Christian, to make known and explain the book of Revelation. Whoever does that is blessed by Him. For the time is near. With the Lord one day is as a thousand years, and a thousand years as one day (2 Peter 3:8). This revelation was given to John nearly 2,000 years ago, but for God just two days ago. The signs that Jesus said are clearly visible NOW. The corona virus captivates the WHOLE WORLD. The other signs are clearly visible, everything described in Revelation is what governments are doing. One world power, no more individual presidents and kings. One currency and no more paper money. Testing a chip in the hand (Sweden, Germany and the United Kingdom, United Arab Emirates) with which one pays. Everything in preparation for the AntiChrist. God keeps NOTHING HIDDEN it is fully told in Revelation to the apostle John, about 2000 years ago.

The Salutation of Revelation 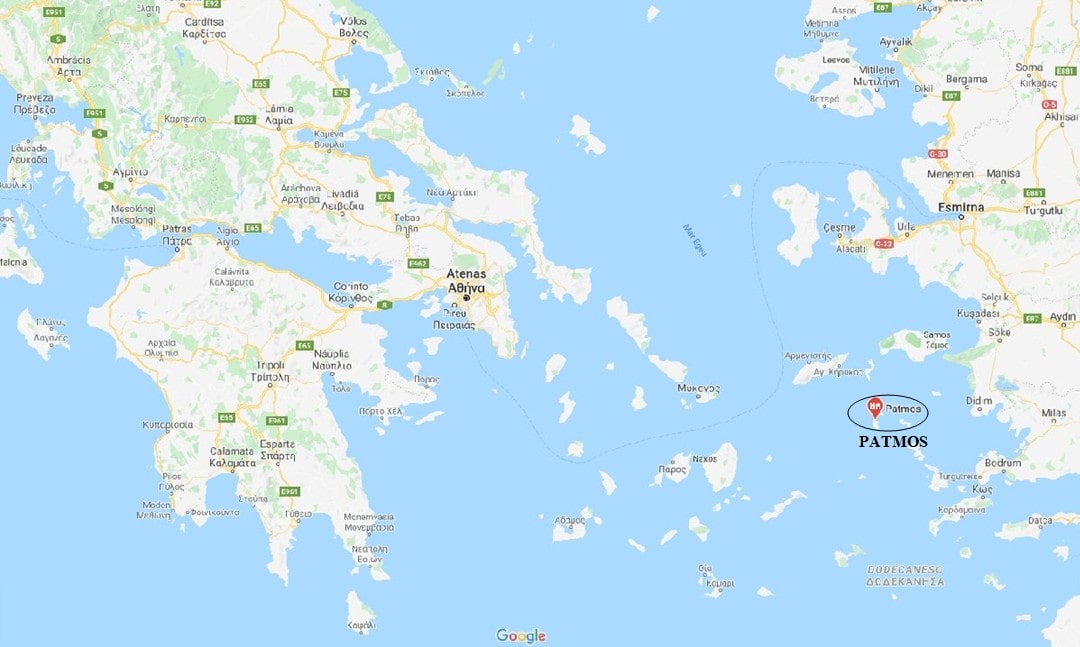 John sends the letter from his prison at Patmos which is an island located between Greece and Turkey. At the time of John, political prisoners were exiled here who the emperor of Rome did not wish to worship as a god. He was imprisoned here for his persistence in the faith and testimony of Jesus. The assignment in Rev. 1:11 is to send it to the seven congregation in Asia.

John sends the letter to ALL seven congregations in Asia. And is NOW available to ALL believing Christians. No Christian has an excuse to say, I DID NOT KNOW. The Bible is freely available on the Internet. It is the DUTY of every Christian to study the Bible and now especially Revelation. The Christians who are left behind (Matthew 24:40-41) will have no excuse in the Great Tribulation for I DID NOT KNOW, and they can then take note of what will happen in those seven years. Then they can already make their decision and know the consequences of their choice.
Jesus Christ (Christ points to the person who has risen from the dead) is the firstborn from the dead. Jesus was the first to rise from the dead and afterwards no longer died but ascended to Heaven, where He sits at the right hand of God the Father. He has defeated satan at the Cross of Calvary. He has defeated death. He has thereby taken over the power of satan and is the ruler of kings on earth. Today is satan's tremendous efforts to take over world power. The last attempt is in the soon-coming Great Tribulation. Many will run after satan. Worship satan because people DO NOT wish God above them. But their end is described in Revelation 20.
Jesus, with His dying at the cross, delivered the believers in Him from sin by giving His life at the Cross and taking the punishment for sin. Those who believe in Him have thus become royal priests (verses 6 and 1 Peter 2:9).
Verse 7 is a confirmation of Matthew 24:29-30

Also those who pierced Him. They are the Jews and Israelites, but also the Gentiles who were present at the crucifixion of Jesus. So it includes all nations on earth at the end of the Great Tribulation. Remember that Jesus is Omnipresent, He is God, not bound to a place (in the fourth dimension there is no time, so no distance), so He can be seen by everyone on earth.

Why should we take the book of Revelation seriously? 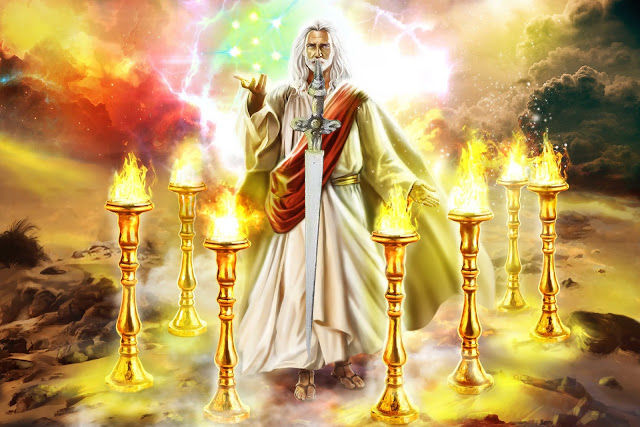 John turns to see who speaks these words and sees Jesus. Verse 14 corresponds to the description in Daniel 7:9 His raiment was white as snow, and the hair of his head like pure wool; his throne was fiery flames, its wheels were burning fire. Here we no longer see Jesus as a prince of peace, as a Savior and Love, but as a JUDGE (God is a devouring fire Deut. 4:24, Heb. 12:28), Who comes to judge the world and people (also from the Great Tribulation), satan and demons.
However, Jesus reassures the apostle John. Jesus Christ is his Savior and Lord. John is the beloved apostle to whom Jesus is going to reveal the future. Jesus repeats; I am the LIVING ONE, I DIED, I am alive FOR EVERMORE, I am the FIRST and the LAST. I have the keys of Death and the Hades (=lake of fire). Jesus Christ is HE Who will judge the unbelievers, HE has the power over death. He was raised from the dead. HE has the power to throw man who does not wish to believe (and man who had never heard of Him and who did not live well) into the lake of fire (realm of the dead) (Revelation 20:11-15). Jesus' description here is obvious of an ALMIGHTY GOD. Yes, with a human appearance and body. Clearly this is NOT a HUMAN with HUMAN PROPERTIES OF WEAKNESSES, with an ALMIGHTY GOD JUDGING.
The last verse: The mystery of the seven stars is the church of Jesus Christ, which was completely hidden in the Old Testament. The candlesticks are the seven churches. Why seven churches? The description of each church follows in chapters 2 and 3. It represents a type of Christian. For every type of Christian follows a warning. If the Christian does NOT take this to heart, then the consequences will follow for that Christian.