Revelation 8 The seventh seal with the four trumpets - Sermon Wilfred

In chapter six, the first six seals were opened. Here the seventh seal is opened, which contains seven trumpets. The first six trumpets give six plagues. And again the seventh trumpet gives the 24 eldest in chapter 11 who worship God.
Verse 1 starts with a silence for abut half an hour. No reason is giving for this silence. Most likely because terror will be announced about the persons living on earth. A great fear felt upon the church in Heaven of what will be pronounced about the anger of God over the sinners and persons who reject God. We are at the end of the Great Tribulation, so these six trumpets will bring each a plague of the wrath of God upon a civilization which has chosen to give its favor to the Antichrist against worshiping of God. Against the men who accepted the mark of the Beast and worshiped its image. And not against the men who have the seal on their foreheads, chapter 9:4
Seven angels are given each a trumpet. The true believers where at the sound of a trumpet lefted up from earth to Heaven at the Rapture of the Church. The trumpet played a significant role in the wars of Israel. Each sound of the trumpet had its own meaning. And the Israel warriors were familiar with each sound. So also here each trumpet has its own meaning.
In Enoch 20:7 the names of six angels are given:

And in Tobit 12:15 Raphael, one of the seven angels who stand in the glorious presence of the Lord, ready to serve Him. Which matches the adoration of the 24 elders or the church in Heaven in chapter 9:4.

In Daniel 9 verses 21-27 it is the angel Gabriel who explains to Daniel the vision. The 62 weeks to the birth and death of Jesus (an anointed one shall be cut off). Then the hidden secret of the church. Followed by the prince who shall make a strong covenant with many for one week (=the seven years of Great Tribulation); and for half of the week (= the first 3 1/2 years of Great Tribulation) he (satan) shall cause sacrifice and offering to cease (=in the temple); and upon the wing of abominations shall come one who makes desolate, until the decreed end is poured out on the desolator. He is to come shall destroy the city and the sanctuary. Its end shall come with a flood, and to the end there shall be war; desolations are decreed.

Amos (9:1) sees LORD standing beside the altar. We know also the altar on which the animals were burnt. And the altar to burn incense upon (Exodus 30:1). The altar of burnt offering contains glowing coals so that the fire consumed the animal. Here the angel take the fire and throw it on the earth. As result there were peals of thunder, voices, flashes of lightning and an earthquake.

The third angel blows his trumpet. 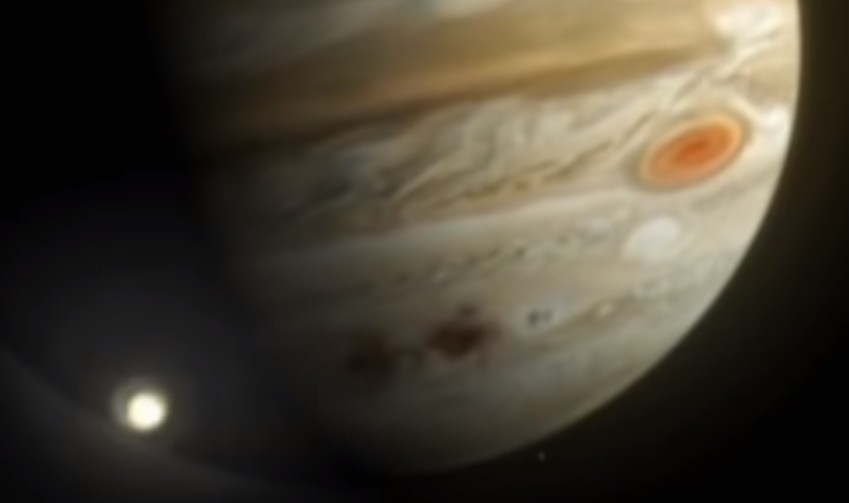 Scientists Predict That Meteor Will Collide With Earth In 2029
Can we think of a great meteorite which will be named Wormwood, which burns when passing the atmosphere and felt in rivers? When a great meteorite passes the atmosphere may be it falls in smaller particles, its heat will kill all living creatures in the ocean, so that the rivers become blood. Or as in the YouTube movie, men tried to avoid and exploded and the asteroid gone into many particles which fall in several rivers. I heard that Jupiter is reducing in size, and no one can explain. So this is a warning? Jupiter will no longer protect the earth of huge asteroids? Please let us take Revelation seriously. We are living in an age in which we already can explain things written in Revelation.

Jeremiah 9:15 Behold, I will feed this people with wormwood, and give them poisonous water to drink.

The fourth angel blows his trumpet.

Already they have been places on earth, that is was that dark that one cloud not see. With our human knowledge we cannot not explain the effect that a third of the day was kept from shining, and likewise a third of the night. However, God is Almighty, He is capable. Many things humans were not able to explain the things written in Revelation, but now are, so we do not need to wonder about this plague.

Verse 13 ends with an eagle crying with a loud voice, as it flew in midheaven, "Woe, woe, woe to those who dwell on the earth, at the blasts of the other trumpets which the three angels are about to blow!"

The first fourth trumpets have sounded and its plagues are completed. The forces of nature have fallen under Gods control upon mankind in the last days of the Great Tribulation. But still the worse has to come. The fifth and sixth trumpets will DIRECTLY fall upon men. The eagle is chosen because of its strength of wing. The eagle flies at the meridian of the sky where the sun stands at midday and all men can see the eagle. In the next chapter continue the fifth and sixth trumpet with its plagues.